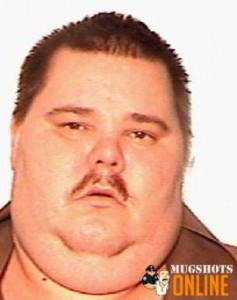 Pictured here is James Larcom, a rich man, thanks to a fair housing lawsuit brought by Arizona Attorney General Terry Goddard against the owners and managers of the FGPJ Apartments in Tucson.

The settlement resolves claims that the apartments’ owners and managers

The lawsuit also claimed that the apartment project personnel threatened Larcom and his wife, Sabrina Ezell, and their children with immediate eviction because Ezell made a fair housing complaint to the Attorney General’s office.

The lawsuit requires the owners and management of the FGPJ Apartments to:

The settlement is one of the largest housing discrimination cases in Arizona. Wondering about Mr. Larcom’s mug shot? Guilty or not, he still took home $100K.

Here’s the lesson: Apartment owners and site personnel need to know about discrimination in apartment leasing and management. Here’s the best place to go to learn about your state’s fair housing laws: http://apartments,about.com/od/housing discrimination/a/statefairhousinglaws.htm

Sorry, the comment form is closed at this time.